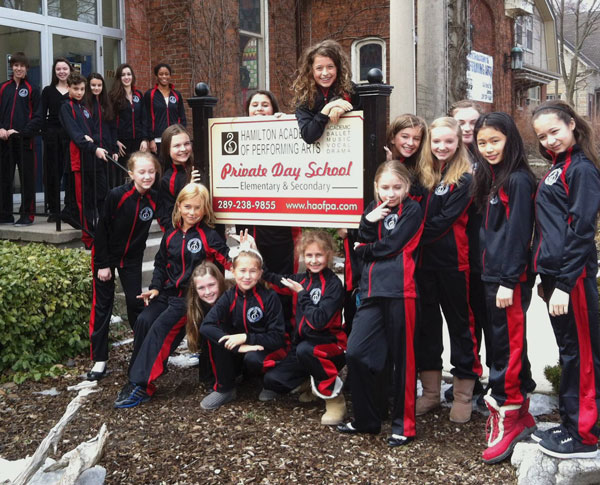 We foster artistic and academic excellence.

The Academy provides a unique opportunity for its students in Grades 3 to 12 to pursue excellence in both the Performing Arts and Ontario Ministry of Education elementary and secondary curriculum.

The Academy offers enriched academics and specialized arts programming in a supportive and nurturing family environment. Our programs strengthen and develop artistic abilities in art forms including but not limited to: Classical Ballet, Music, Vocal, and Drama. Our extra-curricular and leadership programs focus on organizing cultural events to allow our students to share their talents with the local community and beyond. Our qualified, experienced, and caring teachers guide the students to achieve their academic and artistic goals. Whichever paths our students decide to take, they will embark on each journey with curiosity, dedication, passion, and a lifelong appreciation for arts and culture.

Since 2010, Hamilton Academy has been the proud recipient of multiple Hamilton Community News Reader’s Choice Awards per year.

History of Our Building

In 1842, the Baptist congregation of Dundas built a brick church on Park St. West, and seven years later a baptistry was added.

In 1866, after the church was destroyed by a fire that started in the carpentry shop to the east, the congregation was able to purchase adjoining land to the west and construct a new sanctuary. A Sunday School was later built on the foundation of the original church and in 1868 a parsonage was erected at 104 Park St. West the site of the carpentry shop.

In 1904, the plain glass of the church windows was replaced with simple stained glass, and over the years, additions were made to the rear to join the Sunday School to the sanctuary.

The Dundas Baptist congregation moved to a new building in 2001 and the church buildings were then used by the Dundas Valley Montessori School.

In the summer of 2009, the building was purchased by Max Ratevosian and the Hamilton Academy of Performing Arts was founded.

Renovations began and the Ballet Studio and classrooms were completed. Future plans include renovation of the stage and performance space. 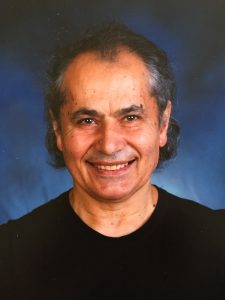 Max Ratevosian has over twenty years of experience with the Moscow State Ballet Theatre as Principal Dancer, Teacher and Ballet Master. He taught Stage Movement and Dance for Dramatic Arts at Shepkin University and Methodology for Classical Dance at Lunacharsky University. In Canada since 1991, he has taught at L’Ecole Superieure de Danse du Quebec in Montreal, The National Ballet School and The National Ballet of Canada in Toronto, and McMaster University in Hamilton. He is co-founder of Hamilton City Ballet and the Artistic Director of the annual Nutcracker ballet presented in Hamilton. Max is the recipient of the City of Hamilton Arts Award for Dance in 2008.

For many years Max Ratevosian has been a guest teacher in the U.S.A., England, Germany, and Japan. He has served on many juries for Ballet examinations and dance competitions across North America. Max is the recipient of the 2015 Dundas Valley Sunrise Rotary Club Paul Harris Fellowships Award for artistic contribution to the community, an honourary member of the Vancliffen Arts Foundation and a member of the International Dance Council CID-UNESCO. 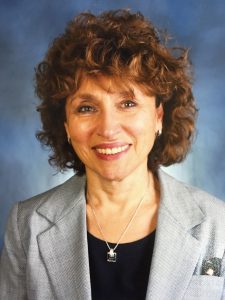 Anna Shkolnik is a member of the Ontario College of Teachers and holds Math Specialist and Ontario Principal credentials. She has taught Mathematics at elementary and secondary levels in Kiev, Ukraine, and university stream Math courses in Hamilton, Ontario.

Anna is equipped with over 25 years of experience as an Educator in Canada. She has worked extensively with international students, parents and educational consultants from all over the world, focusing on pre-university studies and university placement. 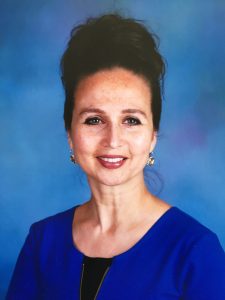 Melania Pawliw is a graduate of L’Ecole Superieure de Danse du Quebec and received her diploma in Dance-Ballet from C.E.G.E.P. du Vieux-Montreal, in Montreal.

Melania was a soloist and principal dancer with various classical companies in Montreal and abroad — notably with the Kiev Opera and Ballet Theatre in Ukraine. Melania’s teaching career began as an assistant at The National Ballet School in Toronto. She subsequently taught at L’Ecole Superieure de Danse du Quebec in Montreal. Melania co-founded the Hamilton City Ballet school in 2001. In addition to teaching, Melania choreographs ballets for the dancers of Hamilton City Ballet.

Melania was dance-educator for the Royal Conservatory of Music’s Learning Through the Arts program, and for school boards across the regions of Niagara, Brant, Kitchener/Waterloo and Halton. She taught Ontario Ministry of Education Curriculum subjects through movement and dance.

Melania is Artistic Director of the annual Nutcracker ballet presented in Hamilton. Melania is the recipient of the 2015 Dundas Valley Sunrise Rotary Club Paul Harris Fellowships Award for artistic contribution to the community, an honourary member of the Vancliffen Arts Foundation and a member of the International Dance Council CID-UNESCO. 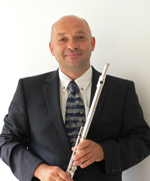 Hungarian-born flautist Máté Szigeti received his training at the prestigious Franz Liszt Academy of Music (Debrecen, ’97 B.A. and `09 M.A.). After graduation, Mr. Szigeti spent several years with the Debrecen Symphony, where a familiarity with the standard operatic and orchestral repertoire was firmly established.

From 2000-2010, Mr. Szigeti was affiliated with the Lebanese National Symphony Orchestra as both principal flautist and soloist, and was on the faculty of the Lebanese National Higher Conservatory. Since Mr Szigeti’s arrival in Canada, he has been a featured soloist with the Dundas Valley Orchestra, York Symphony Orchestra, Burlington Concert Band, and is a member of the Melrose United Church Chancel Choir. Mr Szigeti is the Music Director of the Hamilton City Ballet Orchestra and teaches flute at Hamilton Academy of Performing Arts and Hillfield Strathallan College. Máté has played the flute for every Hamilton City Ballet’s Dance for Parkinson’s class. 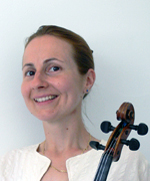 Hungarian violinist Anita Hiripi  Szigetiné was born in Debrecen, Hungary. She was involved with music and dance from an early age. She was awarded many times in the Hungarian Latin-American Dance Championship before discovering a true love for the violin. Ms Szigeti was graduated at the Béla Bartók University of Music, Miskolc. After graduation, Ms. Szigeti spent several years with the Debrecen Symphony, where a familiarity with the standard operatic and orchestral repertoire was firmly established.  As an orchestra member, Ms. Szigeti appeared in Germany, Norway, Sweden, Switzerland, Luxemburg, Vatican, France, Austria, Tunisia, Denmark, Italy, and Nederland.

Since Ms. Szigeti arrived in Canada she was involved in the Hamilton musical life she became a second principal violin player at the Hamilton City Ballet Orchestra and participated in many chamber and orchestra concerts from Niagara on the Lake to Toronto. In 2015 she was a member of the Oakville Symphony orchestra. Ms. Szigeti is teaching at the HWDSB strings program and in Dundas at the Hamilton Academy of Performing Arts, Anita’s Music Studio, Long & McQuade .

Ms Szigeti was nominated several times for the Reader`s Choice Awards in the Hamilton Spectator and the Hamilton Community News. She got in 2015 the Platinum Prize at Hamilton Community News Reader’s Choice Award, 2014 Diamond Prize , and 2013 Platinum Prize at Hamilton Spectator Reader’s Choice  Award in the best music teacher category. She is the founder of the Cricket Chamber Orchestra. Alma is an artist and arts advocate from Burlington, ON. and a graduate from the Theatre and Drama Studies program at the University of Toronto Mississauga joint program with Sheridan college. Alma has sung with the Hamilton Children’s Choir, performed and taught at Theatre Aquarius’ and Liberty Junction Theatre’s various programmes, and danced since the tender age of 3. She is currently an Actor and Associate Producer with Tottering Biped Theatre, an Actor with ‘It’s a Mystery to Me,’ recently appeared in CBC Gem and Callowgrove Entertainment’s documentary short film, “Patty vs. Patty,” and plays ‘Sandy the Starfish,’ on “Finny the Shark.” Alma also works with various other local education programmes, like Stagecoach Schools and Shepherd Private Coaching in Burlington and 3604Youth in Hamilton, helping to promote youth education and development through the arts. 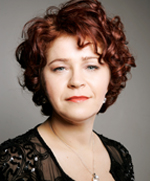 Ms. Greda-Kicek graduated from the Academy of Music in Poland with a major in Opera and pedagogy.  She continued her studies as an Opera singer in Germany and Austria.  She graduated from Wilfred Laurier University, Ontario with a diploma in Performance.  From 2001 to 2003 she collaborated with the Metropolitan Opera in New York.  Ms. Greda-Kicek has been teaching vocal in Ontario for more than 30 years.  She was part of the collaboration program Teaching Through the Arts with the Hamilton Wentworth District School Board and the Royal Conservatory of Arts.  Ms. Greda-Kicek maintains her singing career and is the Choir Director of the Nutcracker Choir.